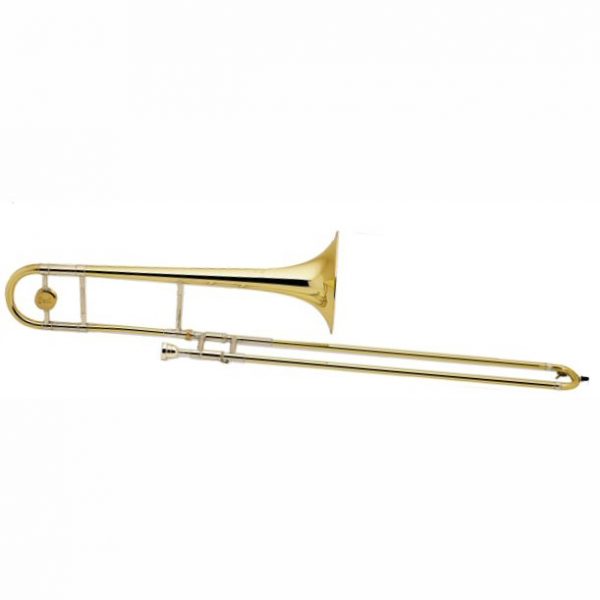 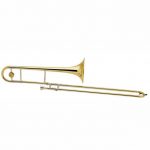 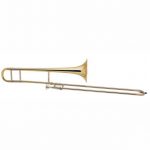 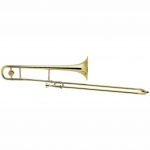 Vincent Bach 12 Stradivarius Trombone
0 out of 5
( There are no reviews yet. )

The Vincent Bach Stradivarius 42 Trombone features an 8-1/2″ one-piece hand-hammered yellow brass bell that has defined the symphonic sound for generations. The .547″ large bore offers outstanding clarity and projection. The chrome plated nickel silver inner handslide tubes provide the ideal surface for smooth and quick handslide action. The instrument is finished in clear lacquer. The Bach Stradivarius 42 professional trombone is ideal for both symphonic and solo performance, and has been the preferred instrument of the Chicago Symphony Orchestra low brass for generations.

Born Vincent Shrotenbach in Vienna in 1890, he initially received training on violin, but subsequently switched to trumpet when he heard its majestic sound. Although Vincent also displayed a strong aptitude for science and graduated with an engineering degree, he gave up a promising career to pursue his first love and an uncertain future as a musician. Performing under the stage name, Vincent Bach, he established musical success as he toured throughout Europe.

World War I forced Vincent’s move to New York City where he arrived with only $5.00 in his pocket. A letter to the famous conductor Karl Muck procured Vincent an audition and a resulting position with the Boston Symphony. By the following season, he was first trumpet in the Metropolitan Opera House. While on tour in Pittsburgh, Vincent’s mouthpiece was ruined by a repairman. Vincent had great difficulty in finding a suitable replacement. While on furloughs, he spent time in the basement of the Selmer Music store remodeling old mouthpieces.

In 1918, with the investment of $300 for a foot-operated lathe, Vincent went into the business of making mouthpieces. The business grew rapidly and in 1924, the first Bach trumpets were produced. Musicians frequently referred to a Bach trumpet as a real ‘Stradivarius’, thus inspiring the name Bach Stradivarius. Bach later added trombones to his line around 1928.

At the age of 71, Vincent sold his company. Although he received twelve other offers, including some that were higher, Vincent chose to sell to the Selmer Company. In 1964, the tooling and machinery for Bach instruments was moved from Mount Vernon to their current home in Elkhart, Indiana. Today, these instruments continue to embody the highest standards of craftsmanship and adhere to Vincent’s original designs and blueprints.